As make-up artist Louise McMahon already rightly pointed out in her bridal make-up trial article, ‘vintage’ can mean many things. In fact, there is very little agreement out there in the virtual world about the exact time frame. But, in order not to get too confused, let’s assume the most commonly used timings – anything more than 20 years old, but less than 100 years old. That’s a nice, comfy 80 years we can work with.

This is part one of our four-part guide to vintage style – a guide you can use as inspiration for your own vintage wedding. When you know exactly which era is your favourite, it’s much easier to pull the whole look together – if you don’t narrow it down, you may find yourself creating an eclectic mix that’s fun, but perhaps a bit too much of a good thing. The best vintage weddings are the ones that have a certain look, an ambiance, a mood, that is easily achieved by staying true to the style of your favourite decade. For the sake of simplicity, we’ll talk about the defining looks of each era. Let us begin in the 1920s. 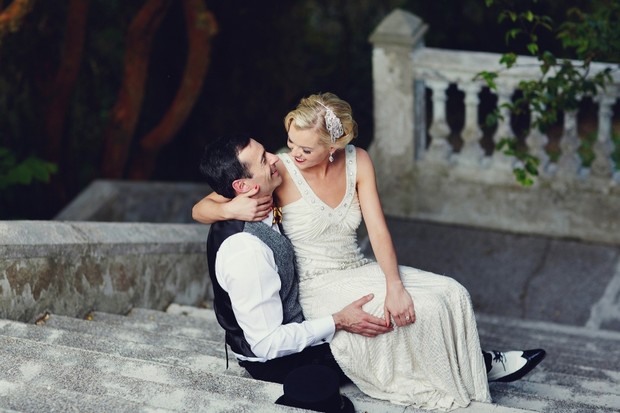 Image from Isobelle and Edward’s real wedding by DKPhoto

When World War I ended in 1918, a new mood had taken over the world in general. There was discontent, and a feeling that the stability of pre-war years would never return again. The effects were felt on both sides of the Atlantic, and for all the nations that had participated in the conflict. There was rationing, economic difficulties, and huge social changes that usually follow globally significant events. It’s no wonder that people wholeheartedly embraced the notions of youth, fun and inspiration as quickly as they could – with the famous flappers at the centre of it all. 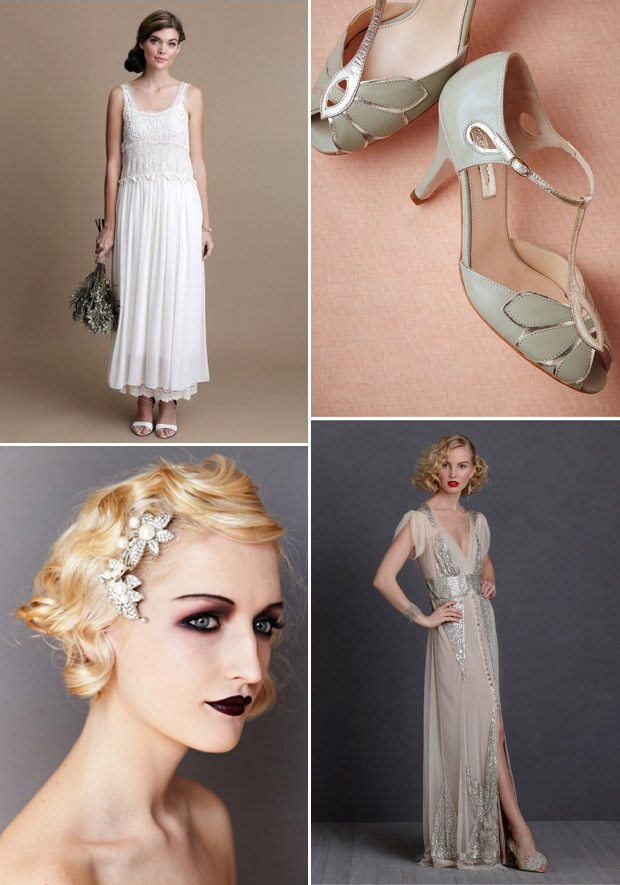 The key looks from this era include:

• slim silhouettes, with dresses revealing more than ever before, often with famously dropped waists
• raised hemlines, bravely showing the legs up to the knee
• shoes with kitten heels and straps, Mary Jane or t-bar style
• cloche hats
• fabrics that were free flowing, but beautifully draped and embellished, especially for evening wear
• feathers, ropes of pearls, and elbow-length gloves

You can tell a 20s style at first glance – hair was usually smartly and sharply bobbed, worn straight, shiny and sleek, or just with ends curled to create a halo effect. Hair embellishments like bands, barrettes and sparkling clips were often worn, as were cloche hats. In make-up, it was all about the eyes and the lips. Naturally pale skin was in vogue, with dramatically arched eyebrows, dark eyes and strong lips to create a complete polished look together with the hair. The lips were painted to create the famous bow, emphasizing the arch of the top lip. 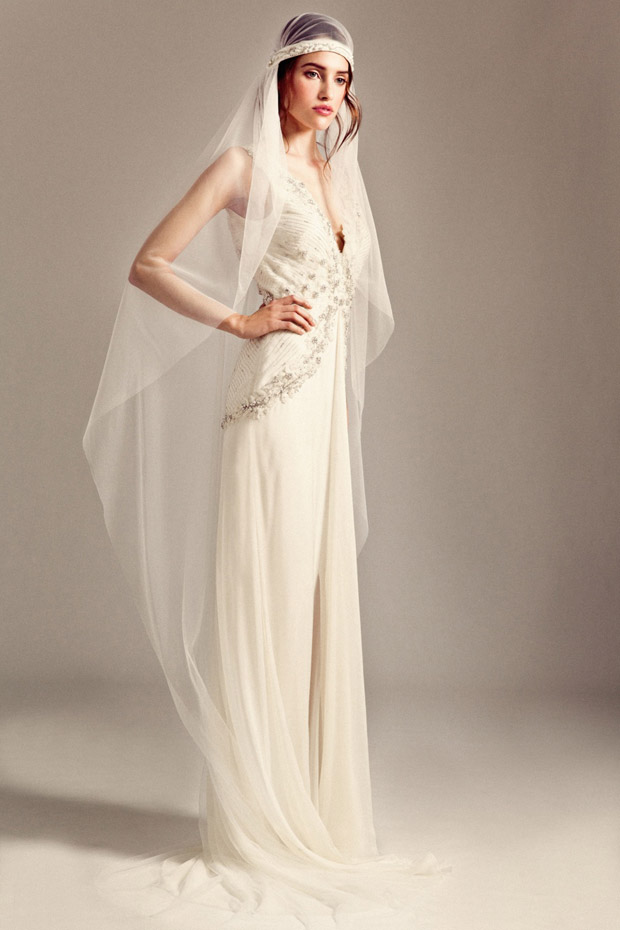 Chaplin – made in 1992, the costumes are fantastic, for both men and women

Chicago – made in 2002, so brilliant you won’t even notice it’s a musical

Brideshead Revisited – watch the 2008 version, the story spans more than two decades, so make sure to note the costumes in the first half 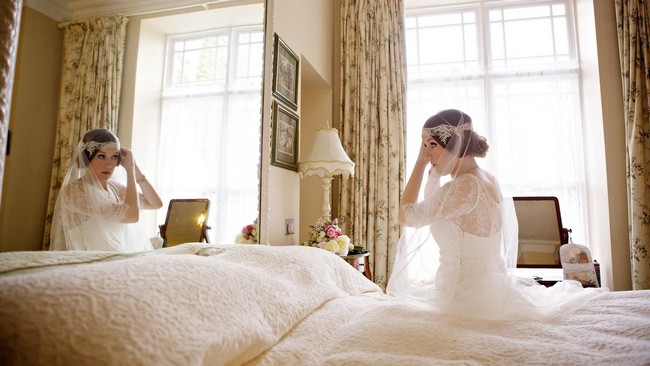 October 1929 marks the beginning of the Great Depression with the Wall Street crash. Again, we have a hugely important event that affected the entire world, and – for a time – ended the party. With more or less impact, the effects of the Great Depression continued throughout the entire decade. The subtle influence on fashion came in the form of less elaborate yet more elegant looks. While the 1920s favoured straight-hanging dresses that weren’t designed to show off feminine curves, the 1930s brought a more feminine style into fashion. Marlene Dietrich introduced the scandalous notion that a woman could dress like a man (shock horror!) thanks to her 1930 film Morocco, where she flew the flag for white-tie glam, singing a song dressed in men’s evening attire. 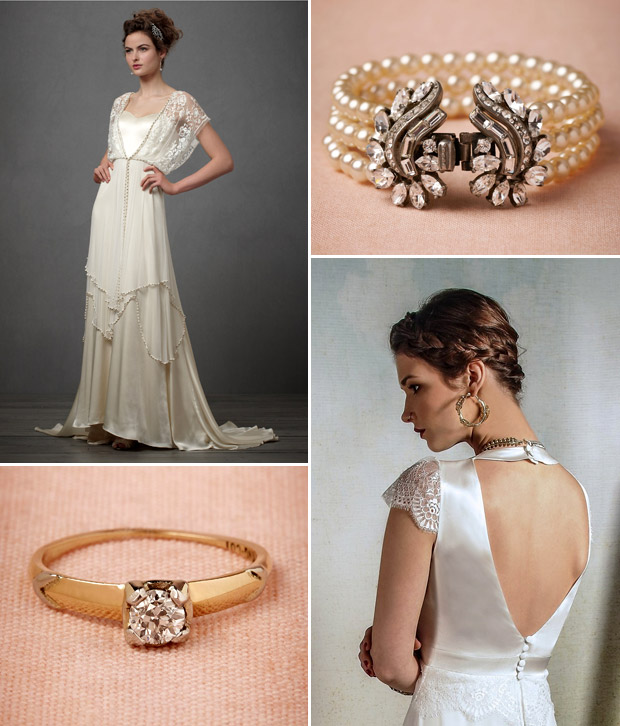 The fallout from the Great Depression influenced women’s freedom to buy make-up – they had to budget carefully for their beauty supplies, returning to a more natural look overall. The eyebrows were severely plucked to become thin lines framing the eyes, with dark mascara and mostly light eyeshadows. Paler skin was still in fashion, but rouge was much more popular. Lips returned to their natural shape, no longer painted in the shape of a bow, and many more shades became available. Women started growing out their bobs, and as the hair became longer, the styles became more up-swept. The most famous hairstyle from the era was the finger waves, used on all lengths of hair.

For fabulous make-up inspiration straight from the 20s and 30s, we highly recommend vintagemakeupguide.com. 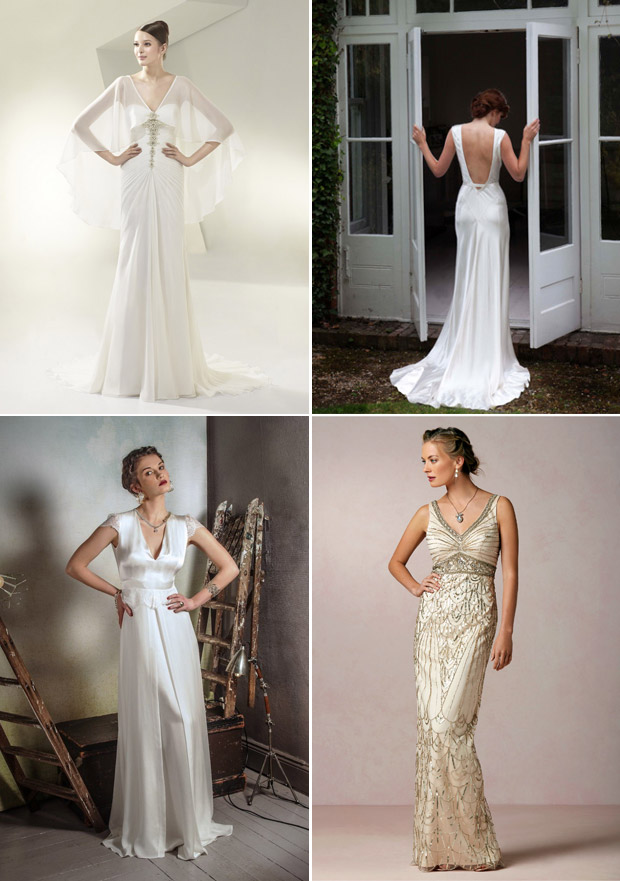 The Artist – the 2011 Oscar winner for Best Picture is an absolute delight, set in 1930s Hollywood

The King’s Speech – another Oscar Best Picture winner, this time from 2010, set in the late 30s

The Sting – an adventurous caper made in 1973, with Robert Redford and Paul Newman, widely considered to be one of the best heist movies of all time

If you think the bride should always have the last word, then Rachel is on your side! A devoted fan of everything quirky, unusual, colourful or crafty, she loves scouting WOL's real weddings for unique and fun touches. When not gazing at pictures, she's dispensing no-nonsense advice on everything from reception entrance songs to bridesmaid problems.

Check out our pick of the wedding dress collections designed to flatter a full feminine figure with serious style in...